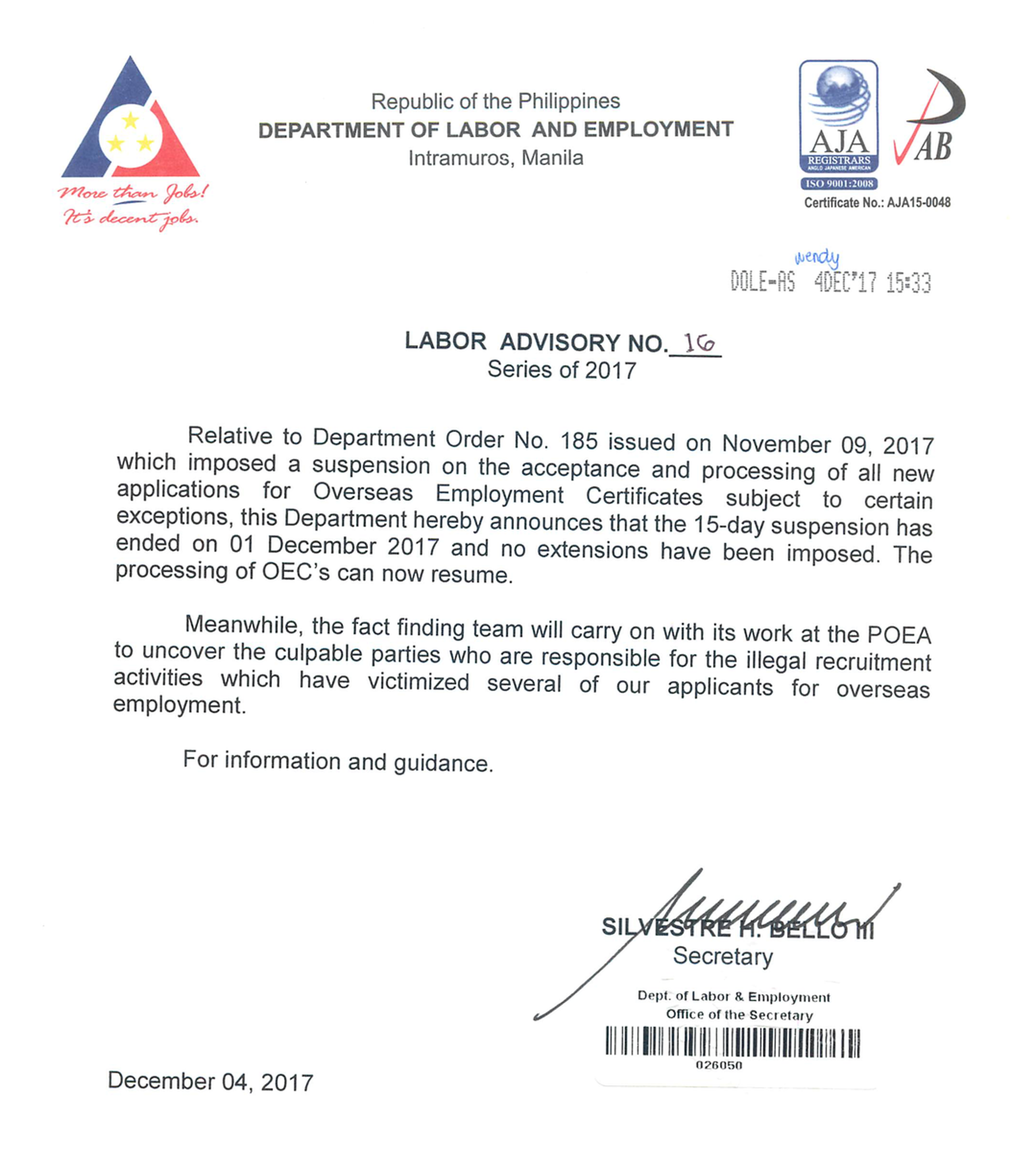 MANILA, Philippines – Outgoing overseas Filipino workers (OFWs) may now apply for an overseas employment certificate (OEC) as the Department of Labor and Employment (DOLE) lifted the suspension of its processing.

These irregularities include workers falling victim to illegal recruitment and POEA employees allegedly earning as much as P250,000 to favor parties in the issuance of OECs.

This led to an investigation and reorganization in the POEA. Labor Undersecretary Dominador Say earlier said they replaced even janitors and security guards in the POEA who supposedly served as messengers or bagmen for illegal transactions.

DOLE also ordered the installation of CCTV cameras in nearly all areas of the POEA.

Based on Bello's advisory, the investigation is still ongoing. The fact-finding team is headed by Labor Undersecretary Bernard Olalia, who is also the officer-in-charge of the POEA. – Rappler.com